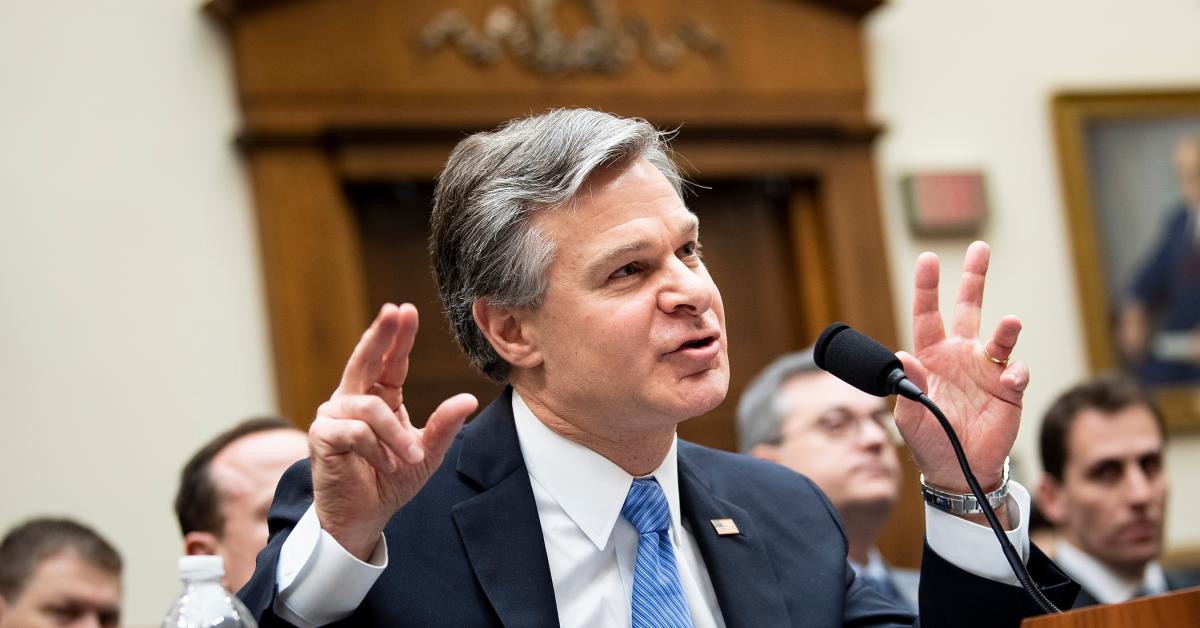 From bureau veterans to key lawmakers in Congress, the notion of an independent review is growing in urgency.

From bureau veterans to key lawmakers in Congress, the notion of an independent review is growing in urgency.

By John Solomon
Updated: September 15, 2022 - 11:47pm
Ahalf century ago, Americans held grave concerns that J. Edgar Hoover's FBI and other U.S. intelligence agencies had abused civil rights, improperly targeted enemies and illegally gathered evidence, so Congress set out on a great cleansing mission. It formed a special committee chaired by Idaho Sen. Frank Church that laid bare the wrongdoing, overhauled the bureau and created new guardrails to protect civil liberties.
A growing number of influential figures in Washington are arguing it's time for another Church Committee after a tumultuous six years in which the FBI admitted it misled the FISA court while spying on Donald Trump's campaign, had executives who lied, doctored evidence or usurped prosecutors' authority, and employed agents who dropped the ball on a sexual abuse scandal involving Olympians and overcollected evidence in a raid of a former president's home.
The revelation this week that the bureau secretly paid a Russian businessman as a confidential informant against Trump even though he was suspected of lying and having ties to the Kremlin's intelligence agencies only accelerated support for a sweeping, independent probe of the FBI now under the control of Director Christopher Wray.
"I think, frankly, it would be great for the FBI," Kevin Brock, the bureau's first-ever intelligence chief, said of the notion of a new Church Committee. "They find themselves obviously in a very challenging situation, some of which they brought on themselves, others kind of imposed upon them.
"But they find themselves in a place right now where well over the half the country believes they're working on behalf of one political party over another," he said during a wide-ranging interview with the John Solomon Reports podcast this week. "And that can't stand … the agency can't survive if that persists."

Brock, a former assistant director who helped write the rules the FBI currently uses for informants, is a widely respected voice inside the bureau. But many outside it echo his support for a 21st century Church Committee or something like the 9/11 Commission that investigated the worst terror attacks in American history.
Former House Intelligence Committee Chairman Devin Nunes, who helped unravel the false Russia collusion narrative, said the highly partisan tensions in Washington these days make it hard for a traditional congressional committee to do the sort of oversight it needs, citing examples of how Democrats thwarted his effort to probe FBI failures in the Russia case. He said that reality makes a blue ribbon commission or select committee a better option to investigate and reform the FBI.
"You know, we weren't really designed to run these types of investigations," said Nunes, recalling his time on the House Intelligence Committee. "And for so long, the process actually worked. It was relatively bipartisan for the most part. But when you have corruption at that level, it becomes so hard to run these investigations right.
"You have to ultimately have Congress involved doing a real investigation, and I think it's going to be very, very difficult if you use just the current committee structure that they have."
Rep. Jim Jordan (R-Ohio), the likely House Judiciary Committee chairman next year if the GOP wins control of Congress, supports the idea of a select committee like the one Church chaired, even if his panel does aggressive oversight on its own.
"I think that that exercise is definitely needed, whether it's done in a special select kind of committee or a blue ribbon commission," said Jordan, who himself has been contacted by five FBI whistleblowers in recent months alleging political manipulation of investigations and even crime data. "That's even maybe with some members outside of Congress."
"We need to seriously look at how this all has to change in a way that respects the liberties of the American people," Jordan said, adding he has increasing concerns about the influence that politically "woke" intelligence analysts are having inside the bureau in shaping allegations and investigations.

The Church Committee ultimately assembled some of the biggest names in the Senate, including three members who ran for president. All brought intellectual and political heft from both sides of the aisles in the aftermath of the Watergate scandal and the end of the Hoover era. Figures like Walter Mondale, Howard Baker, Barry Goldwater, John Tower and Gary Hart were able to find consensus, issuing numerous volumes of reports that exposed intelligence death squads and civil liberty violations that included unlawful snooping and spying.
Ultimately, that committee's greatest contribution was a series of legal reforms that reined in the FBI and governed two generations of agents to color inside the lines after a dark history of past abuses.
"They pointed out a lot of these abuses and from that gave birth the attorney general guidelines, which the FBI still operates under today," recalled Brock, who joined the FBI in the aftermath of the Church Committee.
The new, post-Church guidelines "in stark terms stipulated how, and when an FBI agent can open up a case against a subject," Brock explained. "And those were great bumper pads that were put in place. Now the bureau knew, 'Okay, we can't go beyond these boundaries. We're safe as long as we stay inside these boundaries.' And it worked wonderfully for years."
Nunes said one reason outside forces are needed to press FBI reform is that its current leader, Wray, hasn't been willing to make the sweeping changes the public needs to restore trust, even if he has put in place some new reforms of tactics involving, for example, FISA warrants.
"We cannot trust after all this time, that Wray has done one damn thing to clean up this agency," Nunes said. "In fact, it's gotten worse. The American people know it's worse."
Whatever solution the next Congress chooses, the status quo is not an option, said Sen. Marsha Blackburn (R-Tenn.), a member of the Senate Judiciary Committee."We have to find out what is going on in the FBI," she told the "Just the News, Not Noise" show earlier this week. "I know a lot of people that work with the FBI are good, hard-working people. But there is a political cabal inside the FBI that has to be dealt with. It's inside the Department of Justice also." 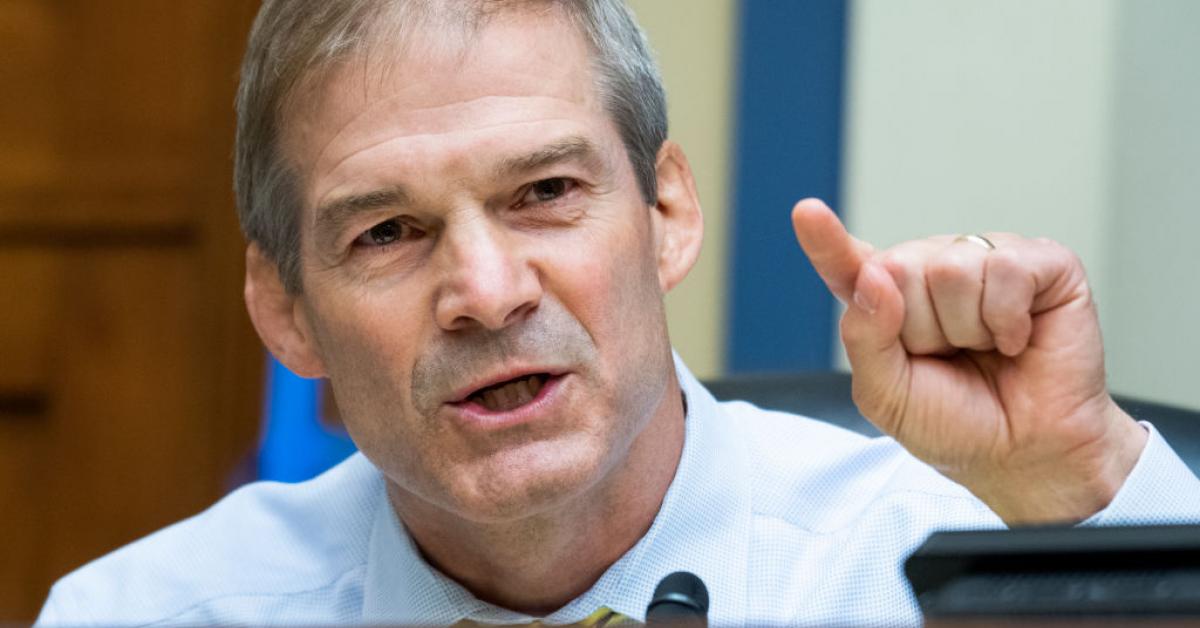 Rep. Jim Jordan discusses the FBI going after a veteran-run organization and labeling it an extremist group. 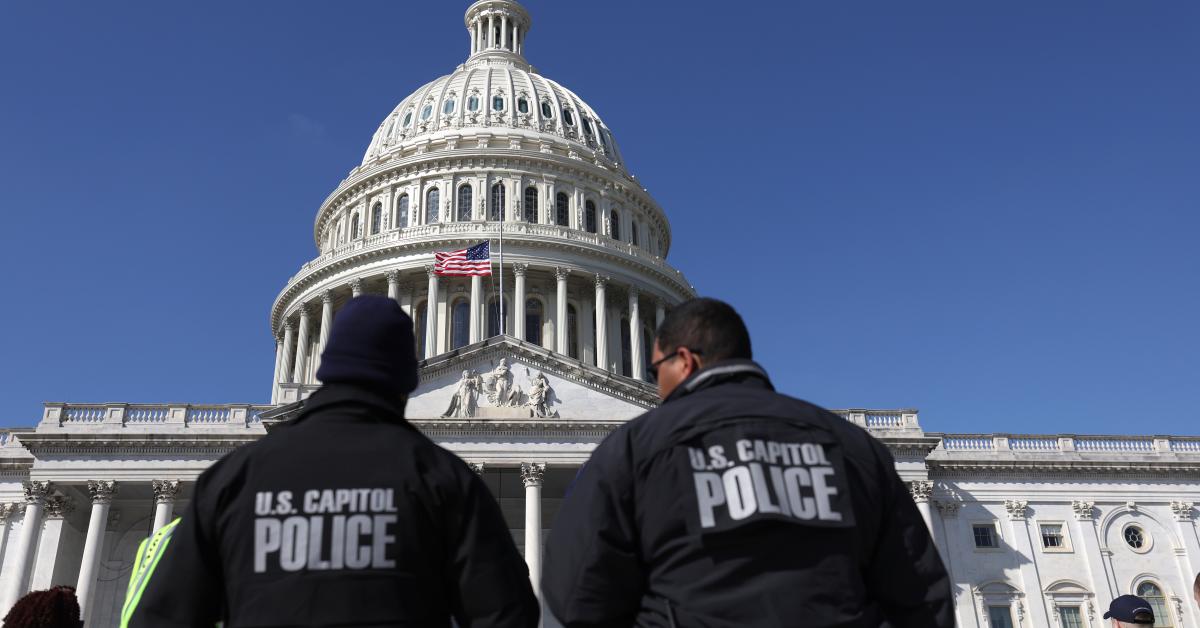 A whistleblower revealed the FBI labeled a veteran-led organization as a domestic terrorist group. Ranking member on the House Judiciary Committee Rep. Jim Jordan (OH) in a letter to FBI Director Wray said a whistleblower came forward and revealed a ‘woke’ analyst labeled American Contingency, a...

www.thegatewaypundit.com
You must log in or register to reply here.

Moral of the Durham trials: Jurors won't convict sources if the FBI wanted their bait