Cheaters will do what cheaters do. This is a total joke. 250K unverified ballots put out to the public. You fraud deniers want some more proof? The citizens need to fight them tooth and nail on this one. 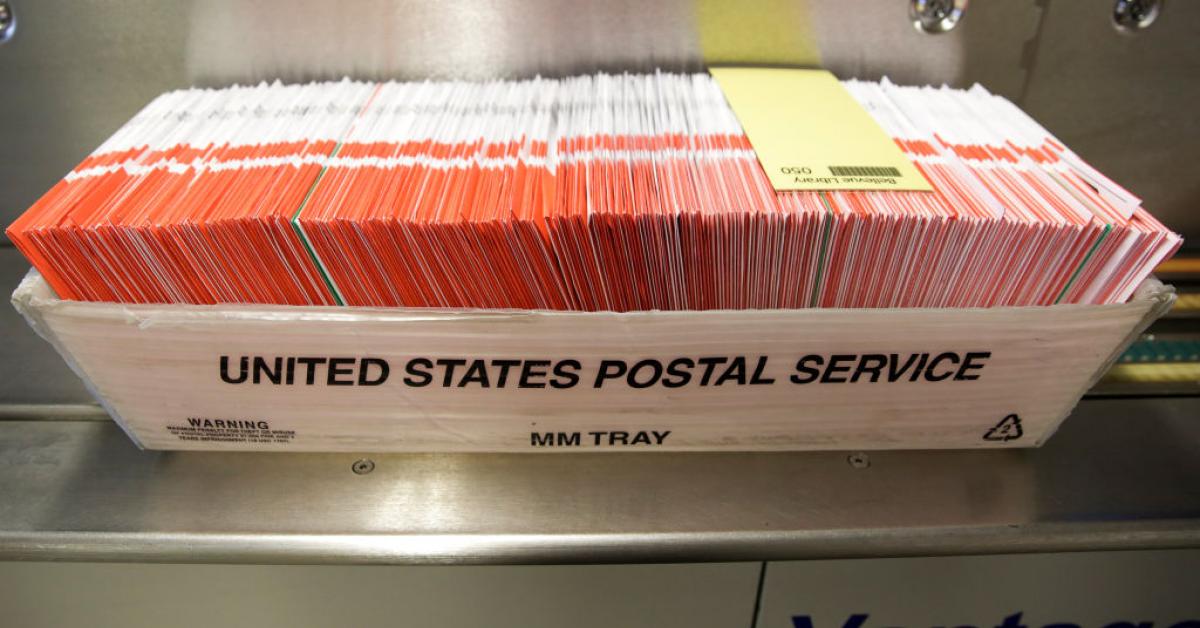 The Pennsylvania Department of State has provided conflicting guidance regarding the handling of mail ballots that do not have verified identification, state legislators wrote in a letter.

The Pennsylvania Department of State has provided conflicting guidance regarding the handling of mail ballots that do not have verified identification, state legislators wrote in a letter.

By Natalia Mittelstadt
Updated: October 27, 2022 - 11:11pm
More than 250,000 ballots have been mailed to Pennsylvania voters without their identities being verified, according to state data collected by election integrity group Verity Vote.
On Tuesday, 15 Pennsylvania state legislators sent a letter to acting Secretary of the Commonwealth of Pennsylvania Leigh Chapman regarding unverified ballots sent to voters. As of Thursday, state data show that more than 250,000 ballots have been mailed to voters without verifying their identification.
The legislators noted that during a state House of Representatives committee meeting in September, Deputy Secretary for Elections and Commissions Jonathan Marks testified that there is no identification requirement for voter registration in the state but that it is required for mail-in ballots.
Marks was asked by state Rep. Francis Ryan about "the large number of requests submitted to the Social Security Administration Help America Vote Verification (HAVV) system." Marks explained that the HAVV systems were being used to verify Social Security numbers for mail ballot applications.
However, the deputy secretary added that if someone submits an invalid Pennsylvania Department of Transportation ID number or if the last four digits of their Social Security number cannot be verified for a mail ballot application, then the counties must still send the ballot to the voter without the ID verification. Marks also said that "the ballot doesn't count unless the voter provides a valid form of ID."
In their letter, the legislators cited Pennsylvania Department of State guidance issued nearly two weeks after Marks' testimony that contradicted him, saying that voter identification must be verified "before sending the ballot to the applicant."
"Due to this conflicting information, conscientious election workers could unknowingly accept and count ballots for which no verification has ever occurred," the legislators wrote.
According to county election officials, "a letter may be generated and mailed to" some applicants whose identification didn't match the Social Security Administration records to notify them "to produce a valid form of identification to the county board of elections," the legislators continued. But if a verified ID isn't provided, then "the county election officials report that they can and do count the ballots without the ID from the voter."
The legislators noted that "several counties report that they can and do 'fix' the invalid ID in the system and accept the ballot (with no action taken by the voter.)."
Marks also testified that there was only a "small percentage" of ballots sent without verified ID, but the legislators explained that a quarter of a million ballots "is an enormous number" that "according to the law, must be set aside and not counted for the 2022 General Election unless the voter produces ID."
The legislators asked how much "additional staffing is allocated for counties to attempt to contact and verify the identity of these quarter of a million of ballot recipients?" They also noted that while the unverified identification may be from simple mistakes such as switching letters or numbers, "the purpose of the law is to ensure integrity."
The lawmakers told the acting secretary of the commonwealth to instruct all counties to set the ballots with unverified identification aside, not count them, and "not 'fix' non-matching identification" until a valid form of identification is provided.
The information the legislators provided in the letter came from a report by Verity Vote released on Monday. The election integrity group told Just the News on Thursday that they are being attacked for the report, despite its reliance on information provided by the state itself.
"Election directors are trying to do the right thing and fix it for people for their ballot to be counted," Verity Vote said. While they have "pure motives," the law is supposed to be correctly applied, and "it's possible that ballots that shouldn't be accepted, could be."
The group added that it is "really frustrating that nobody's doing anything about this" and the Pennsylvania Department of State "doesn't feel like they have to respond to these [legislative] members."
Phill Kline, director of the election integrity nonprofit Amistad Project, told Just the News on Thursday that the problems in the 2020 presidential election are being repeated in the 2022 midterms.
"The left has refused to abide by common-sense procedures, laws, and rules that make it easy for legitimate voters to vote and difficult for fraudulent voters and people to commit fraud," Kline said.
Kline recalled that during the 2020 election the Amistad Project was involved in a lawsuit in Pennsylvania challenging the legality of guidance issued by the governor and secretary of state permitting the curing of ballots.
Even if counties had attempted to follow the ballot-curing guidance, most lacked the resources to do so, according to Kline. Philadelphia, however, had the resources, he said, to implement the guidance, thanks to grants, or "Zuckerbucks," from the Mark Zuckerberg-funded Center for Tech and Civic Life.
This election cycle, Kline says, taxpayer money, or "Biden bucks," as he terms it, is being used for a similar purpose, this time under the pretext of expanding democratic participation.
The Pennsylvania Department of State didn't respond to a request for comment on Thursday.
Reactions: lcctay 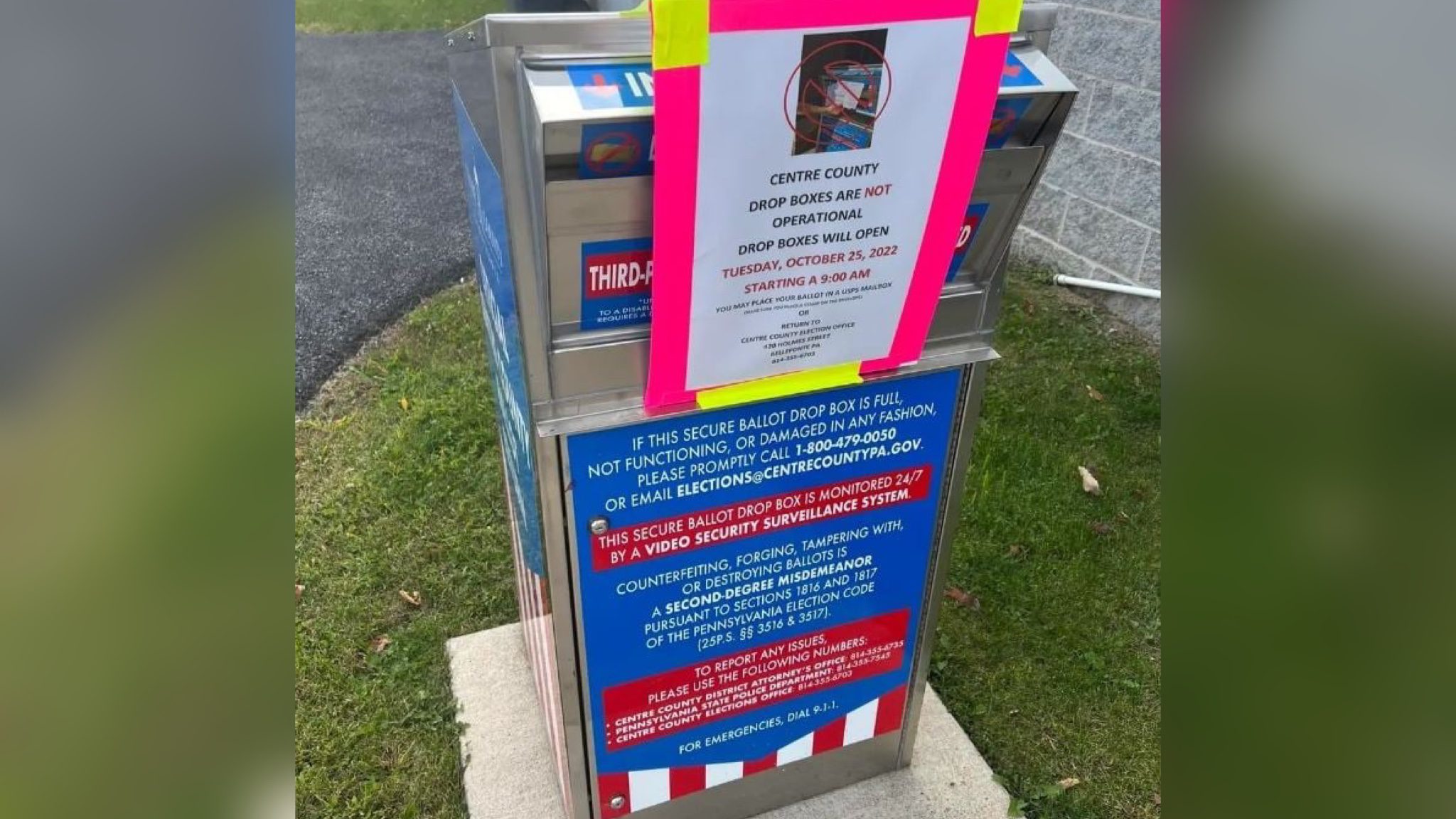 BREAKING: Ballots Discovered "Pre-Loaded" Inside Drop Box in Pennsylvania... Two Others Reportedly Also Had "Pre-Loaded" Ballots Inside the Boxes

Since the debut of the #2000Mules documentary, there has been an increase of concern over drop boxes being left out to allow voters a month or more to drop off their ballot with zero chain of custody and very little oversight, if any. After mail-in ballots in 2020 were sent out like junk mail...

www.thegatewaypundit.com
You must log in or register to reply here.