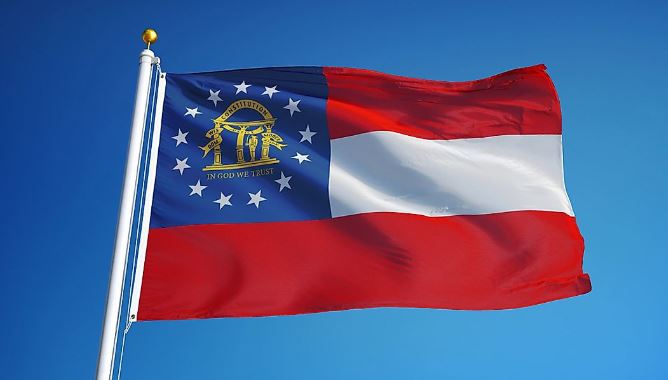 During the Georgia recount in the November 2020 election, The Gateway Pundit reported that Floyd County came under tremendous scrutiny from the state’s voting system manager, Gabriel Sterling when they allegedly “found” approximately 2600 votes. The error was immediately written off as a...

During the Georgia recount in the November 2020 election, The Gateway Pundit reported that Floyd County came under tremendous scrutiny from the state’s voting system manager, Gabriel Sterling when they allegedly “found” approximately 2600 votes. The error was immediately written off as a failure to upload a machine’s memory cards. According to Sterling, “it’s not an equipment issue. It’s a person not executing their job properly. This is the kind of situation that requires a change at the top of their management side.”
While Sterling was saying on November 16, 2020 that it was a memory card that wasn’t uploaded, the officials that were in the Floyd County elections offices on November 17, 2020 said they didn’t think it was a memory card and that they could “rule out a memory card that wasn’t scanned”, as they confirmed this assertion amongst themselves. The Dominion reps in the background of course had no comment, but did not refute the officials that ruled out the memory card.

Ironically, the same “missing memory card” excuse has happened in several other locations during the recount. And again in the 2021 election in Dekalb County. And again in the 2022 primary election in Fulton County. Perhaps a more logical explanation is in order. Standby.
In the military, if a junior officer or NCO fails to “execute their job properly”, you could potentially chalk it up as a mistake. If more than two have the same failure, there is perhaps a top down leadership issue. If it happens consistently, year after year after year, it’s time to scratch the entire system and call into question any results derived from that system. (It’s also worth noting that a ranking officer who falsely throws his lieutenants and captains under the bus in the name of self-preservation is among the lowest life forms in existence)
TRENDING: THANK YOU TGP READERS! YOU ARE THE BEST! DC Gitmo Prisoner Thanks Gateway Pundit Readers for Raising NEARLY $2 MILLION for the Political Prisoners and Their Families (VIDEO)

Recently, an Open Records Request was submitted to Floyd County for their System Log files. Floyd Co responded that the documents could only be sent in physical paper format. This is an excessive amount of paper to print and send. It totaled over 600 pages and cost over $70 just to ship it, in addition to the $60 it cost to print them.

Once the physical paper logs arrived, it was brought to the attention of the Secretary of State that some locations such as San Francisco post their system log files for Dominion machines in digital format on their elections website open to the public. The Sec State’s Office later reversed course on this and allowed digital format log files to be sent. However, Floyd Co. still only sent a .pdf of the scanned physical logs, not the actual SLOG.txt file that was requested when this was brought up. The significance of the SLOG.txt files compared to scanned .pdf files is the ability to search the document and check the metadata from the document. With the metadata, you can see creation dates/times, deletions, modifications, etc. Those are significant resources for holding our government accountable.

Upon inspecting the system log files that were provided in paper format (and eventually scanned digital .pdf), something strange was discovered. Floyd County has system log files for the October early in-person voting, but only up until October 19, 2020 (document below shows 16th, but one row is missing from image). When the November 3, 2020 Election Day “title page” comes up though, it skips a page and goes directly to November 24, 2020, which was when the second machine recount began. The entire election event from October 20th through November 23rd is missing. 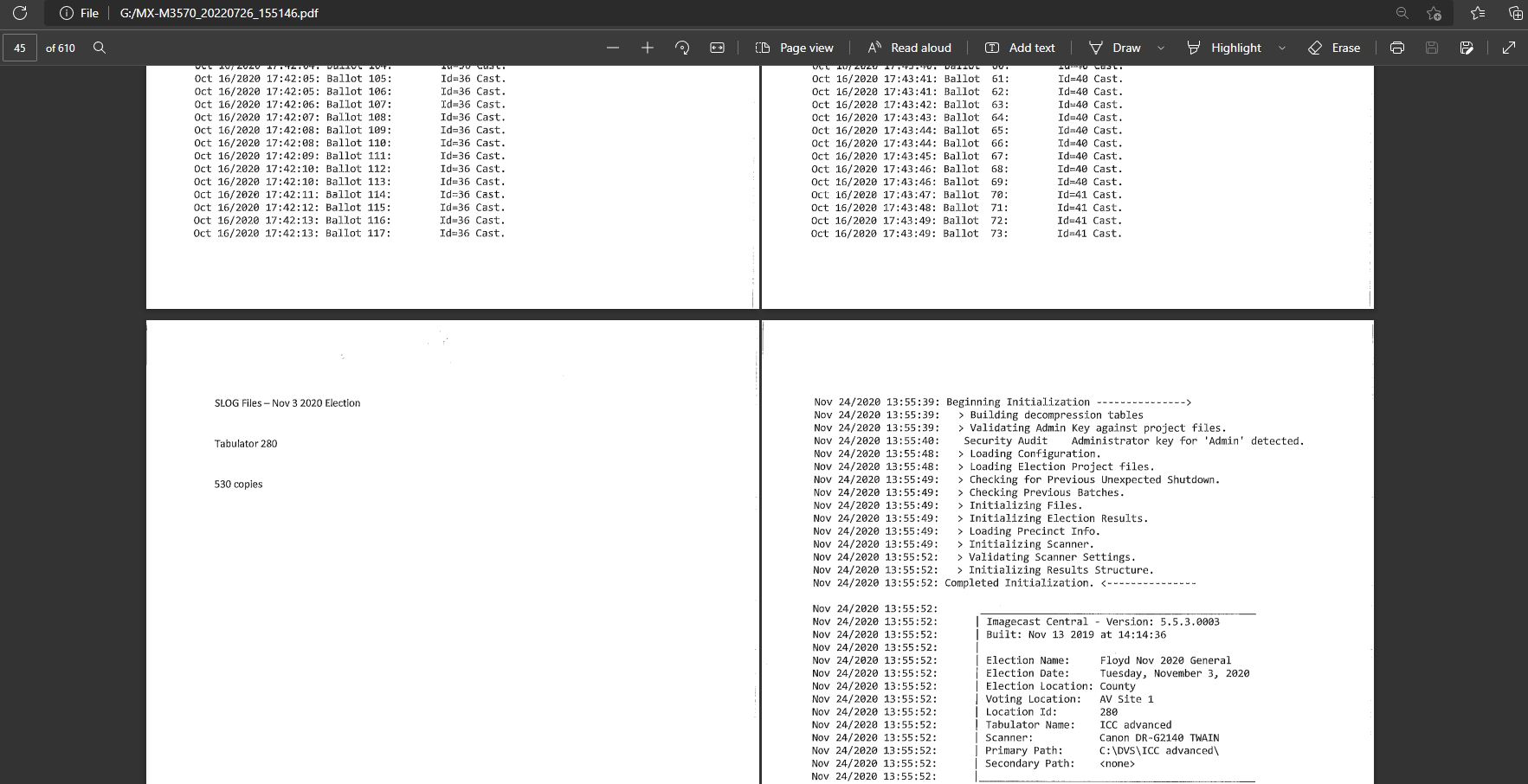 RELATED: SharpieGate 2.0 CONFIRMED: Bleed through from Recorder recommended pens! PHOTO
Floyd County attorneys claim that the county handed over all the records they have for this request.

The explanation given that “the tech running the RTR server on election night…did not take the measures necessary to capture and retain the LOG files” is inexplicable. There is no method for retaining log files. I’ve consulted with two experts in not just computers and election systems and both have confirmed that this is not something that you have to set up to retain. It is done automatically. Especially because they are records that should be retained under 52 USC § 20701.
They may not have chosen to upload them to the EMS, whether intentional or not. The Dominion software gives them the option to upload ballot images and system logs, however, choosing not to do so at that time does not delete the files. They are still records that should be maintained under federal law. They would have to be manually (or remotely) deleted from the memory cards for these records not to exist.
But what if you had to run another election? The memory cards only cost about $30-40, so deletion in preparation for another election is an unforgivable excuse.
This is an unfortunately all too often recurring incident in the State of Georgia: election records that should be maintained that are either deleted or were never retained in the first place. 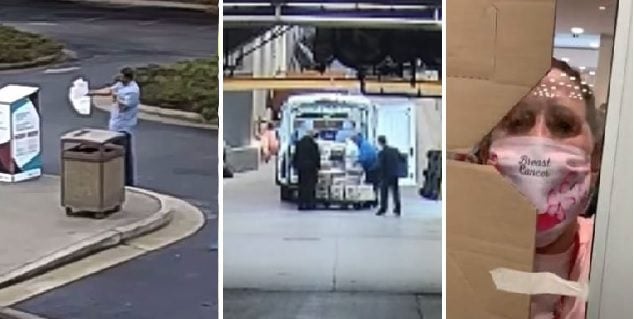 The 2020 Election was one of the worst events in US history. It will be remembered as the day the US constitution was broken and fraudsters stole our election. In less than three weeks all evidence from that election will be destroyed. The 2020 Election was arguably the most damaging event in...

www.thegatewaypundit.com
Reactions: DW4_2016
You must log in or register to reply here.

FLASHBACK: IT and Data Experts Identified Material Fraud in the 2020 Election in Georgia Where 30,000 Votes were Removed from President Trump