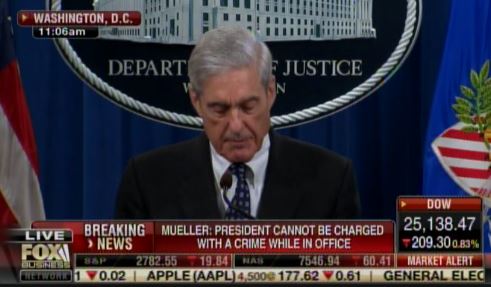 President Trump released a statement on Wednesday evening complimenting the work of a citizen group uncovering the DOJ’s decision to not prosecute him for obstruction of justice because he didn’t commit any.
The DOJ determined that President Trump never committed obstruction of justice but this document is only coming out now. What a corrupt bunch of crooks we have running our DOJ. Mueller, as noted above, came out with a statement insinuating that President Trump was guilty of obstruction but he wasn’t.
The Gateway Pundit reported on multiple corrupt acts by the Mueller exam during their harassment and attempted coup of the Trump Presidency. These villains should have been arrested, not President Trump. 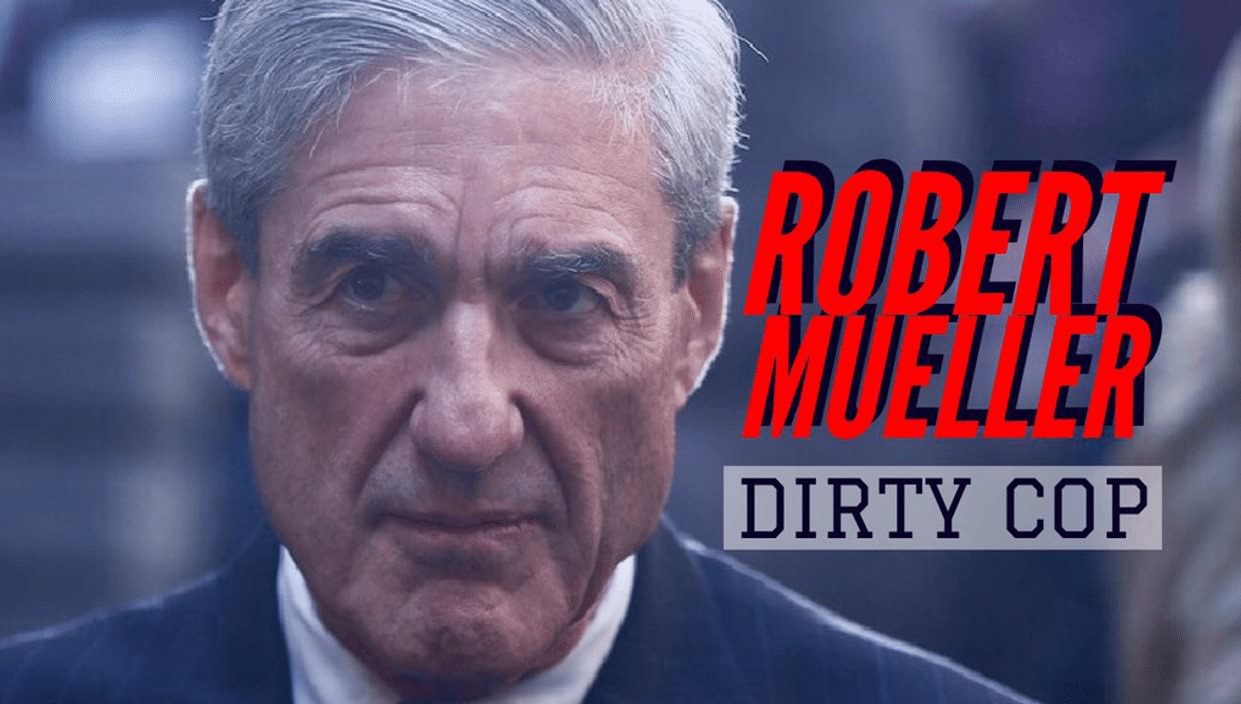 We knew the Mueller gang was corrupt. After the release of the IG Report more corruption is coming to light. Margot Cleveland at the Federalist unraveled a number of actions that the Mueller gang participated in, some that were unknown before the IG report was released. Cleveland starts with...

Thank you to the Citizens for Responsibility and Ethics (CREW) for successfully suing to release the now infamous Mueller Memo on yet another Trump prosecution.
In the nine-page memo it was revealed that, “Nothing would warrant a prosecution for obstruction of justice.”
It underscored that “Mueller had not found sufficient evidence to charge any underlying crime,” and that the President “reasonably believed that the Special Counsel’s investigation was interfering with his governing agenda.”
The memo concluded that “the evidence was insufficient to support a criminal charge—even if Trump were not president.” It was stated that my “conduct primarily reflected a frustration with the Mueller probe and what perceived to be the politics behind it,” in addition to what I believed were absolutely flawed and Fake News reports. Sound familiar?
CREW is devastated by these findings, that they worked so hard to “expose,” but may now move on to the even more ridiculous Witch Hunt that has already caused a great Mar-a-Lago Red Wave with the voters of our Nation! 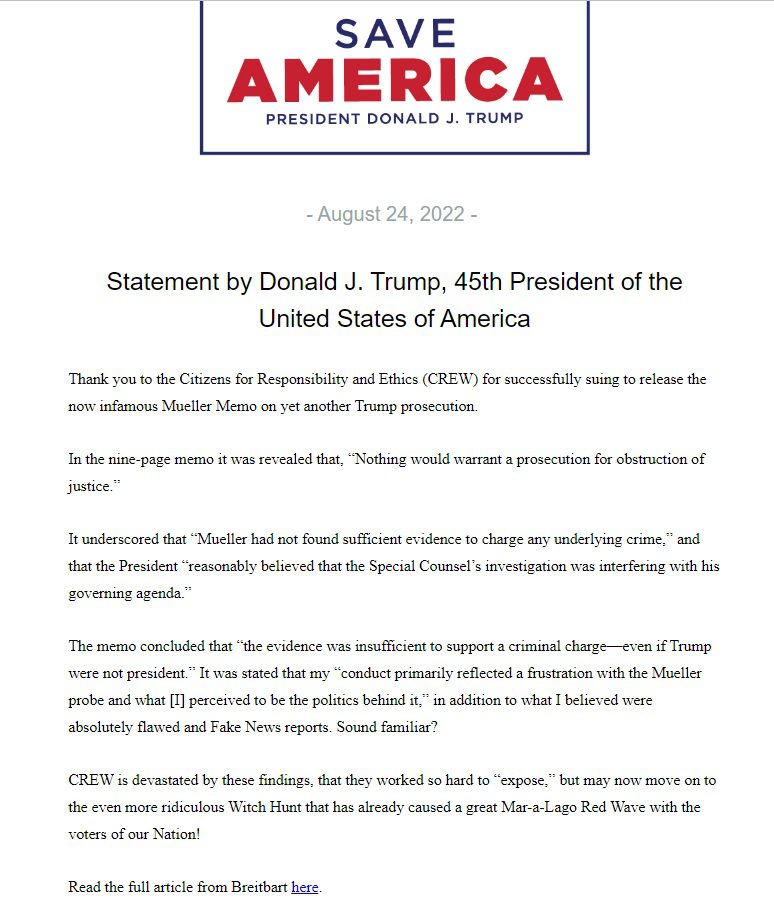 Here is the article from Breitbart:

The Department of Justice (DOJ) released a 2019 memorandum Wednesday that explained that then-President Donald Trump should not be prosecuted for obstruction of justice because his statements about the Mueller investigation had a valid purpose.
The memo, prepared on the basis of Special Counsel Robert Mueller’s investigation into Russia “collusion,” and sent to then-Attorney General William Barr, found that Trump’s attacks on the investigation were motivated by legitimate frustration.
Furthermore, the memo concluded that Trump could not be prosecuted for his statements about the investigation or criticisms of cooperating witnesses without intruding on the president’s authority to control the executive branch under the Constitution.
Click to expand...

The DOJ since the Obama era is ran by criminals.
Reactions: Allornothing
You must log in or register to reply here.

The Machiavellian Intent of John Durham Surfaces inside His Court Filing